This article describes ancient Persian clothing/costumes for men and women.

Persia was rich in culture and heritage. Gold jewelry was imported from Egypt, excellent ceramic from Greece. There was a wide variety of silk from China; from another land, many other materials were imported. With its growth, the Persian Empire became wealthier and along with it grew a demand for more luxurious fabrics, elaborate ornamentations, rare dyes, and intricate hand-painted designs.

Throughout the ancient world including Persia, both men and women used make-up, wore jewelry and colored their body parts. Moreover, their garments were both elaborate and colorful. Rather than being marked by gender, clothing styles were distinguished by class and status.

Ancient Persians wore robes which were not open in the front and were loosely fitted. They wore the robe on their head which looked as if they were putting shirts on their head. Pants were very famous in Persia. They were baggy and looked like pajama bottoms. The Greeks made fun of the Persians at their pajama pants. Tall fluted hats were worn by men in Ancient Persia.

Ancient Persian miniature paintings employ both vivid and muted colors for clothing, colors that are also available from textile dyes. Shades of brown, green, blue, red, yellow, orange, and pink were used. The dyes used for textiles were derived from animal or vegetable sources. Depending on the mordants used, both brilliant and muted shades can be obtained from a single dye source. 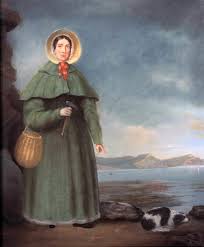 The study of ancient Persian paintings depicts that the clothing did not change very much for 200 years. Clothing was still a mixture of colors, still worn in layers, the robes remained full length, and at least one of the garments worn had long tight sleeves.

The necklines of the various layers were all visible at one time, and most necklines were vees, sometimes changing to round. Buttons were replaced by bows, but the clothing was still basically robes and pants, still the same basic shape. 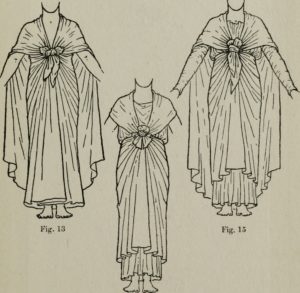 Islamic veils were also introduced in Persia. There was a little change in the clothing style of the Persians with the arrival of Arabs and Islam in Persia. Also, there were social and religious changes. Beyond the Near East, the practice of living veiled, isolated lives appeared in classical Greece, in the Byzantine Christian world, in Persia and among the upper castes in India.

Between the 16th and 18th centuries, Safavid fashion grew in popularity. Designed to rid the nation of Turkish influences, the Safavid dress emerged as an attempt to re-model fashion after ancient Persia.

The women began wearing long, drawstring trousers with tight ankles with a dress that revealed the trousers in varying degrees. They had a special favor for leaves, timber. They were polished with oil.