History of Persian Rugs: A Persian rug has a wide variety of designs and styles, and trying to organize them into a category is a very difficult task. Throughout history, Persia has remained the epicenter of the carpet making craft, where it has developed into an art form. To trace the history of the Persian carpet is to follow a path of cultural growth of one of the greatest civilizations the world has ever known. 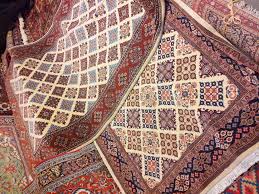 The only evidence of carpet-weaving left now is nothing more than a few pieces of worn-out rugs. With the passage of time, the materials used in carpets, including wool and cotton, decay. Therefore archaeologists are not able to make any particularly useful discoveries during archaeological excavations, save for special circumstances.

Among the oldest pieces discovered are those found in Eastern Turkestan, dating back to the third to fifth centuries AD, and also some of the hand-weaving of the Seljuks of Asia Minor on exhibit in Ala’edin Mosque in Konya and Ashrafoghlu Mosque in Beyshehir, Turkey.

These pieces attracted the attention of researchers earlier this century, and now they are kept in the Museum of Turkish and Islamic Art in Istanbul and the Mowlana Museum in Konya. The Pazyryk carpet is of rare beauty and woven with great technical skill. It was found preserved in the frozen tombs of Scythian chiefs, which were 2400 to 2500 years old.

In the 16th and 17th centuries, raw silk and finely woven quality textiles were commercial mainstays of the Persian crown, supplemented by luxury carpets marketed at the highest court and commercial levels. 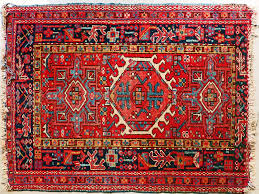 Even before his time, it is very likely that Persian nomads knew about the use of Knotted carpets. Their herds of sheep and goats provided them with high quality and durable wool for this purpose.

From being simply articles of need, as pure and simple floor entrance covering to protect the nomadic tribesmen from the cold and damp. The increasing beauty of the carpets found them new owners – kings and nobleman, those who looked for signs of wealth or adornment for fine buildings. 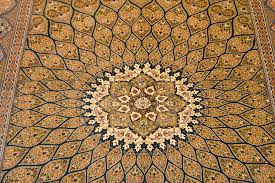 Slowly carpets supplanted textiles as a major export. European investors organized the commercial production of carpets in the East specifically to broaden the export market in the 19th century, and it is these latter-day products that are the Persian rugs most familiar in the West.