During the history of the Persian Empire, five cities served as the royal capital. The first was Pasargadae, built by Cyrus to commemorate his victory over the Medes. 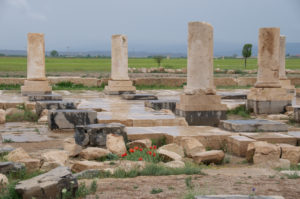 It was remote and impractical as an administrative capital. Babylon was rebuilt by Cyrus as a royal capital for his use when affairs brought him to Mesopotamia.

In 2700 BC, the first dynasty created the Elamite kingdom (non-Semitic) in western Persia with capital in Susa. From very humble beginnings arose the city of Susa – the Shushan of the Bible – a city which has a place among the very oldest in the world, for it flourished, with many strange vicissitudes, from about 4000 B.C. until about A.D. 650. Darius moved the empire’s administration to Susa, the old Elamite capital, perhaps for efficiency. 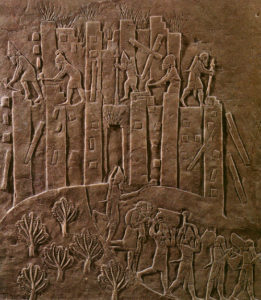 It was well-located at the hub of a road and water transport network. It is chiefly by the many thousand broken pieces of pottery found in the lowest deposits of the Susa mound that the story has been built up, bit by bit, of these unknown immigrants from an unknown land; something like the reconstruction of the unseen, lame, half-blind camel in “The Arabian Nights.”

The Capital of the Persian Empire

At last, in 640 B.C., Ashurbanipal, better known as Sardanapalus, who had completed the forging of the Assyrian nation into a vast military machine, decided to utilize it in suppressing Susa. His successes are recorded in the low reliefs for his palace at Nineveh. And now ranged on the walls of the British Museum. In 1340 BC, King Untash-Napirisha of Elam founded a new capital at Chogha Zanbil. 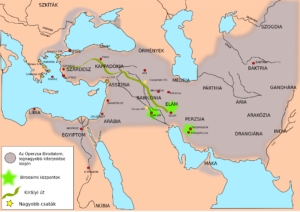 In 710 BC, Daiukku found the new capital of the Medians/Persians at Hakmataneh/Ecbatana (Hamadan). The extreme summer heat of Susa drove the Persian court first to the higher altitudes of Ecbatana, the old Median capital in the Zagros Mountains.

The Persian Empire dominated Mesopotamia from 612-330 BC. The Achaemenid Persians of central Iran ruled an empire which comprised Iran, Mesopotamia, Syria, Egypt, and parts of Asia Minor and India. Their ceremonial capital was Persepolis in southern Iran founded by King Darius the Great. 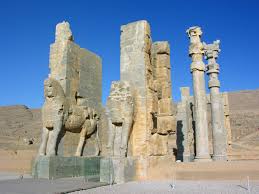 In 520 BC Darius began building the greatest of the Persian capitals at Persepolis. Construction of Persepolis was interrupted for long periods and was not completed nearly 200 years later when the city was sacked and burned to the ground by Alexander.

In 559 BC, Cyrus Achaemenian unified Elam and moved the capital of the Achaemenids to Susa. Alexander’s army landed in Asia Minor in 334 BC. His armies quickly swept through Lydia, Phoenicia, and Egypt, before defeating all the troops of Darius III at Issus and capturing the capital at Susa.