Xerxes Persian Empire: King Xerxes (Khashayar) of the Persian Empire was born around 520 BCE in the southern province of Persis (Fars). He was a powerful king who ruled Achaemenid (Persian) Empire from 486-465 BCE. Xerxes was Darius The Great’s eldest son by Queen Atosa. 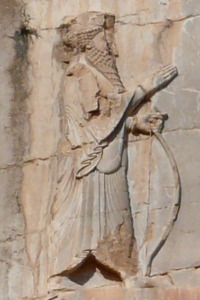 His predecessors, especially Darius, had not been successful in their attempts to conciliate the ancient civilizations. This probably was the reason why Xerxes in 484 BC abolished the Kingdom of Babel and took away the golden statue of Bel (Marduk, Merodach), the hands of which the legitimate king of Babel had to seize on the first day of each year, and killed the priest who tried to hinder him.

Xerxes (r. 486-465 B.C.) attempted to force the mainland Greeks to acknowledge Persian power, but Sparta and Athens refused to give way. Xerxes led his sea and land forces against Greece in 480 B.C., defeating the Spartans at the battle of Thermopylae and sacking Athens. However, the Greeks won a victory against the Persian navy in the straits of Salamis in 479 B.C.

However, the Persian army he left behind was defeated by the Greeks at the Battle of Plataea in 479 B.C. During the reign of Xerxes of Persia, the expansion of the empire came to an end. Gandara and Taxila in the Far East were lost. The Greek researcher Herodotus of Halicarnassus describes in his Histories Xerxes’ ill-fated campaign against the Greeks (480-479).

In the west, Macedonia, Thrace and several Greek towns in Asia Minor became independent. However, Xerxes was able to keep the empire intact during the transition from an expansionist to a more static organization. 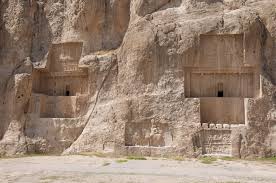 It is also the most crowded–a jumble of fallen columns, column heads, and column bases. In the Bible, in the Book of Ezra, Xerxes I is mentioned by the name ‘Ashverosh’ (Ahasuerus in Greek).

It is noted that, during his reign, as in the reign of his predecessor Darius and his successor Artaxerxes, the Samaritans wrote to the Persian king full of accusations against the Jews. Ahasuerus also appears as the King in the Book of Esther and is traditionally identified with Xerxes.

Xerxes was assassinated and was succeeded by one of his sons, who took the name Artaxerxes I (r. 465-424 B.C).