Persian Empire Military and Army: The Persian Empire was a series of historical empires that ruled over the Iranian plateau, the old Persian homeland, and beyond in Western Asia, Central Asia and the Caucasus. Persian Empire has become what we know today as Persia or more commonly, Iran. 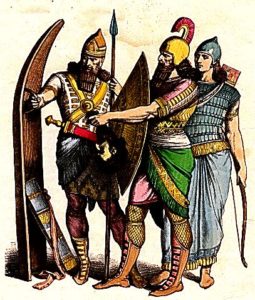 The Persian Empire was a series of historical empires that ruled over the Iranian plateau, the old Persian homeland, and beyond in Western Asia, Central Asia and the Caucasus. The Persian Empire has become what we know today as Persia or more commonly, Iran.

The most widespread entity considered to have been a Persian Empire was the Achaemenid Empire (648-330 BC) – famous in antiquity as the foe of the classical Greek states – a united Iranian kingdom. 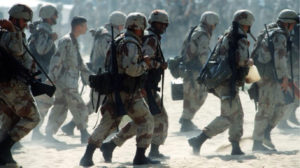 As a vassal king in Anshan Cyrus ruled from his capital at Parsagarda and united seven Persian princes into a royal council under his leadership. Cyrus initiated diplomatic relations with Babylon’s king Nabonidus and was able to win over Hypargus and much of the Median aristocracy when he revolted against Astyages and took over the Median empire in 550 BC.

With the help of a strong army, he conquered the states of Asia Minor also known as Anatolia and regions on the east known as the Fertile Crescent. Cyrus the great was popular among the people he had conquered because he respected their language and allowed them to practice their religion.

According to a scholar, King Xerxes, in order to bring his army from Asia to Europe, caused two bridges to be built across the sea at Hellespont. The bridges consisted of 360 and 316 triremes and penteconters tied together by cables that had been specially prepared in Egypt and Phoenicia.

This was an extremely risky operation since a storm could have completely wrecked the fleet of ships tied together by the cables and by a causeway; in fact, a storm had broken up the bridges before the crossing of the army had started. According to the historians of the critical school, these bridges would have been in use for only a few hours. 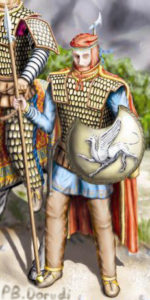 Aside from military organization and capable leadership, the Achaemenid Empire relied on an extensive government structure, bureaucracy and interplays of power to sustain itself. While royal authority shouldered the burden of military responsibilities.

Herodotus gives a clear list of how much annual tribute was exacted from each of the 20 Achaemenid provinces (Herodotus, III 90-97), while further evidence of the Achaemenid promise of overarching military protection can be gleaned from the fact that the city of Mylasa, in Asia Minor, remained unwalled.